"YES I WILL" AT THE NATIONAL MUSEUM OF SINGAPORE

In a lifetime, the most nervous/anxious moment a guy can get, is during his proposal. Even though he is quite confident that he'll get a "YES", but the nerves just couldn't settle!

Today in front of the National Museum of Singapore, we got a very sweet guy who planned a surprise proposal for his lovely girlfriend, now fiancee! Yay!

Thanks to a bunch of wonderful friends, the proposal was a success! 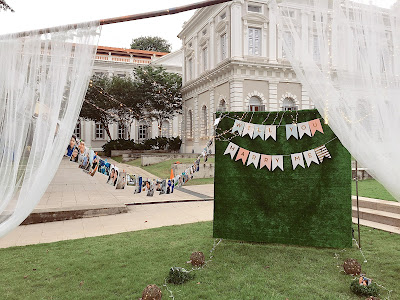 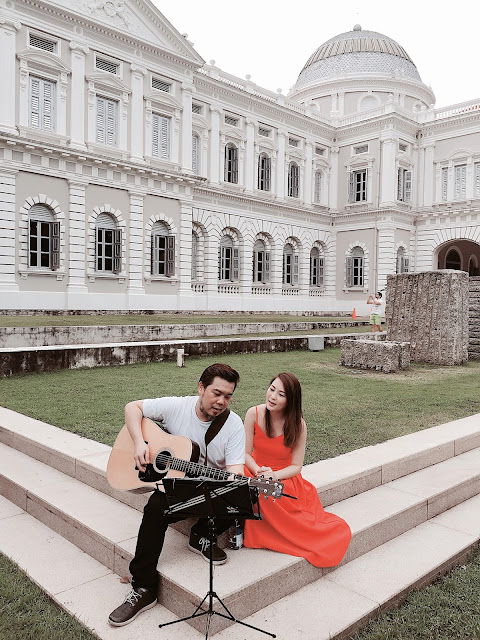 A simple yet effective set up with photos of the couple, fairy lights, back wall with "Will you marry me" and of coz a good call for the band in the background to play some songs they both share.

Calvin had the set list planned out nicely. What a detailed guy =) Simply romantic!

When the song "Marry Me" was played, it's the golden timing with the gorgeous bouquet and proposal. 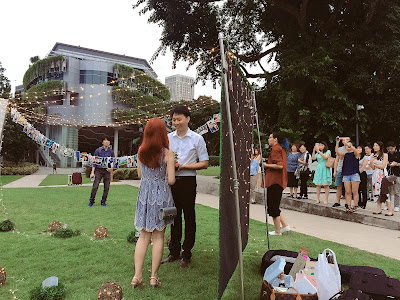 There and then, their parents and some close friends came out from hiding to congratulate them! 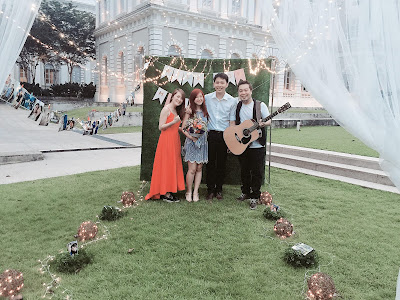 It was such a heart warming moment for both of them and their family that they celebrated with champagne! 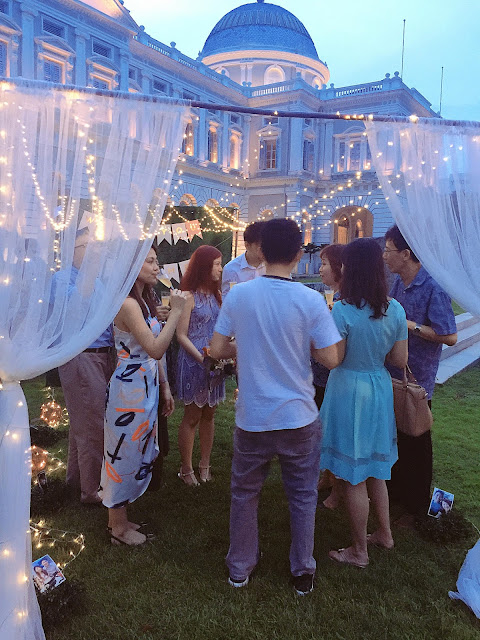 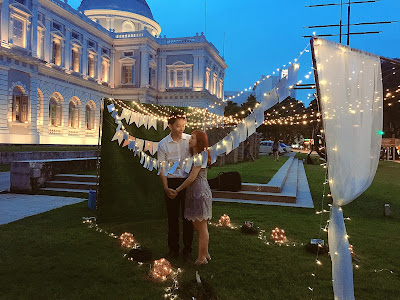 This is a start of a lifelong journey they both share ... we look forward to your big day! 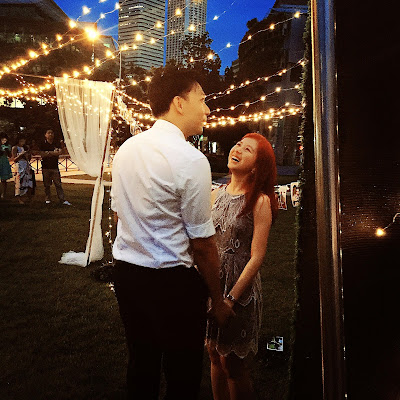 "I look at you and see the rest of my life in front of my eyes."